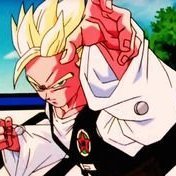 Damo Mitchell? tell me what you think

By Goku76, February 9 in General Discussion