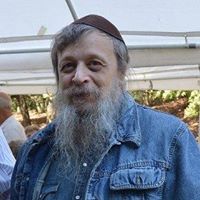 The only surviving shots, the last representative of the tribe of Giants Chacha