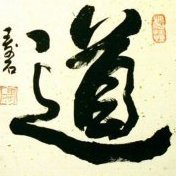 On "Describing" the Dao

By Anzhi, December 7, 2015 in Daoist Discussion