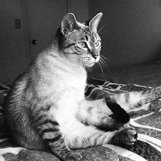 Sneeze all the time?