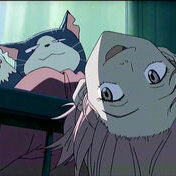 Ethics of creating immersive video games, from a daoist perspective?

By -_sometimes, February 6 in General Discussion