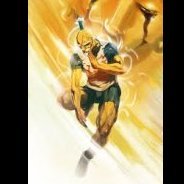 By WHITEROOMENERGYMINE1, July 17, 2019 in The Rabbit Hole