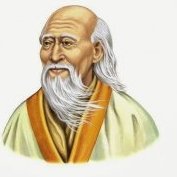 The Effect of Drugs and other Substances on our Spiritual Training!

By LousyLaoTzu, September 11, 2017 in Daoist Discussion